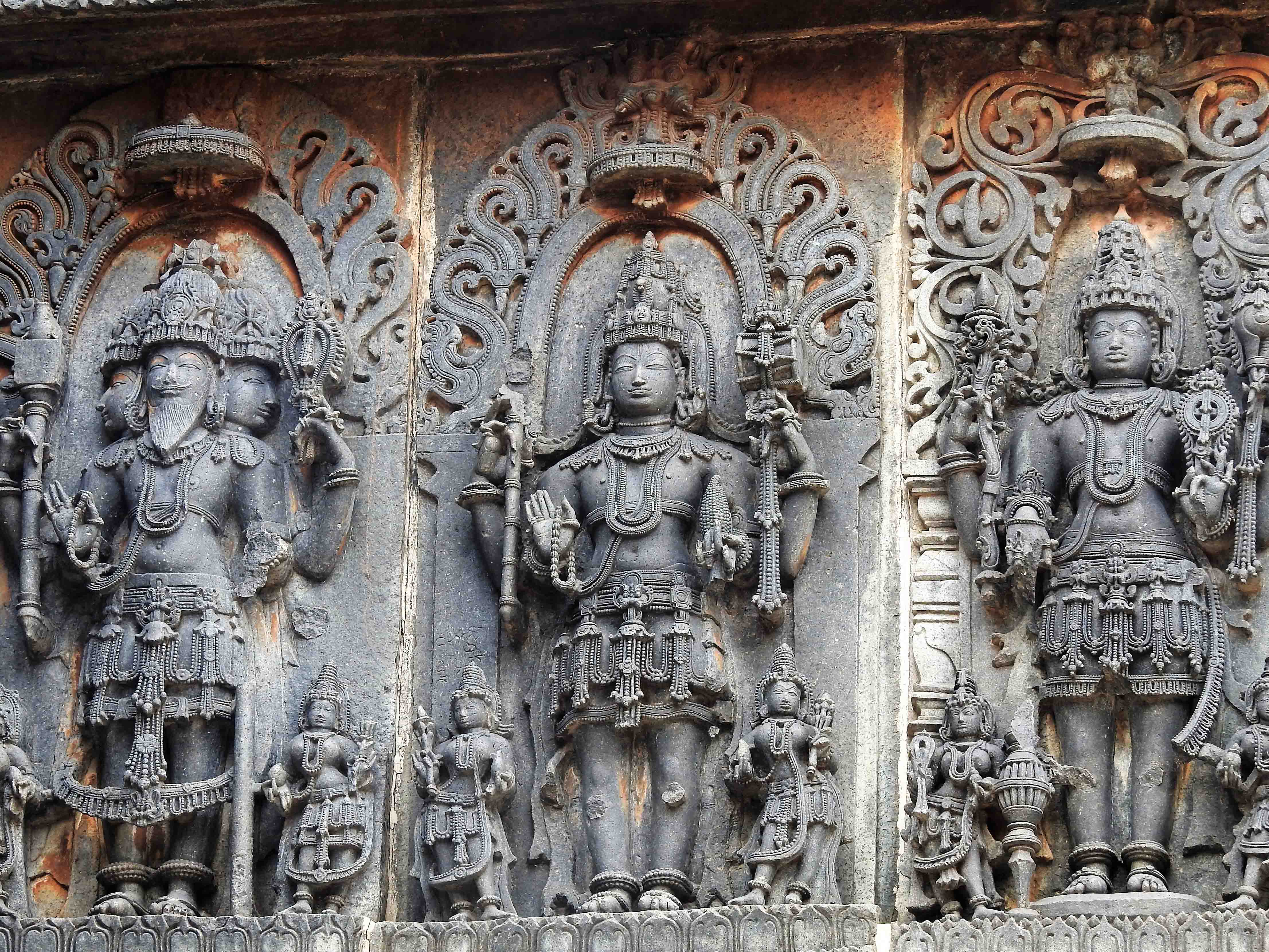 Seven decades after the coming into force of the Constitution of India, on June 21, 2019, finally an enlightened Indian lawmaker presented in the Parliament a long-standing Indic position on Article 26 of the Constitution. Ms. Meenakshi Lekhi, an Advocate and an elected Member of the Parliament from the BJP, speaking on the Supreme Court’s verdict on the Sabarimala Temple case, formidably argued that the word “Denomination” in Article 26 should be interpreted to mean “Sampradaya” in the context of Indic religious institutions and practices. This position is supported by the fact that the Hindi version of the Constitution uses the word “Sampradaya” for religious denominations. Ms. Lekhi also contended during her pithy presentation that under Article 26, the autonomy of Sampradayas and their practices are meant to be protected from State interference.

While this was the first time that the Hindi meaning of Article 26 was espoused in the Parliament, the said meaning and its rightful application for Indic religious institutions were already articulated during the course of arguments and in written submissions by Advocate J. Sai Deepak on behalf of Intervenors in the Sabarimala Temple case as well in the Padmanabhaswamy Temple case.

In the Sabarimala Temple Judgment, the Hon’ble Bench which “declared” the Sri Sabarimala Ayyappa Temple a non-denominational institution could do so only by referring to the interpretation given to “religious denomination” by a Seven-Judge Bench of the Supreme Court in the Shirur Mutt Judgment delivered in 1954. Among the issues which arose for the Bench’s adjudication was the question of the denominational status of the Sabarimala Temple. Instead, the majority opinion ended up asking whether the believers of Lord Ayyappa constituted a religious denomination, which is a fundamental flaw in the enquiry and is at loggerheads with the manner in which a similar question was framed in the Shirur Mutt case. The manner in which the issue was framed in the latter case is extracted below:

“…As regards article 26, the first question is, what is the precise meaning or connotation of the expression “religious denomination” and whether a Math could come within this expression…”. (Emphasis added)

In other words, the followers of a Sampradaya derive their identity from the Sampradaya and not vice versa. Importantly, the concept of a Sampradaya is very different from the Abrahamic concept of religious denominations, which is essentially a Christian invention. While the dissenting opinion in the Sabarimala judgement too adopts the same mode of enquiry as the majority opinions, the author of the dissenting opinion held that persons of different faiths visiting a shrine of a particular faith would not take away their status as a denomination. This ends up being consistent with the logic that the identity of a Sampradaya does not change merely because its subscribers come from diverse faiths since the Sampradaya does not derive its status from the religious affiliation of devotees but has a stand-alone identity.

Article 26 of the Hindi version of the Constitution uses the word “Sampradaya” for Religious Denomination and “anubhag” for a section of a religious denomination. Under Article 26, religious denominations, ergo Sampradayas, and sections thereof, ergo anubhag, have fundamental rights to establish and maintain their own religious institutions, manage their own affairs in matters of religion, own and acquire properties and administer them in accordance with law.

In the review Petitions filed against the Sabarimala verdict, Advocate J. Sai Deepak, the counsel for the Pandalam Royal Family (the traditional custodians of the Temple) and People for Dharma (a women’s organisation which supports the tradition of the Temple), submitted as follows:

“…the term Sampradaya, as used in the Hindi version of Article 26, more accurately describes Indic sects as opposed to “denomination” which is distinctly Christian and therefore cannot be used to understand Hindu sects…”

This position was reiterated by Advocate Sai Deepak in the Sri Padmanabhaswamy Temple Case before the Hon’ble Supreme Court. It is evident that Ms. Lekhi’s position in the Parliament on Article 26 is firmly rooted in law and logic.
It is evident from the above that Courts must respect this nuance in addressing issues of denominational status and rights with respect to religious institutions so that they do not end up applying the yardstick of one faith to another, committing gross injustice in the process to both faiths. While all religions are to treated equally under the law, their practices cannot be equated with one another and must be protected equally. Should the term religious denomination eclipse the concept of Sampradaya as a consequence of Article 394-A(2) of the Constitution which states that the translation of the Constitution and of every amendment thereof in the Hindi language shall be construed to have the same meaning as the English original, the very same provision also provides that if any difficulty arises in so construing any part of such translation, the President shall cause the same to be revised suitably.

Perhaps, the time has come to revise Article 26 suitably so that Indic Sampradayas can be protected to the fullest extent envisaged by Article 26 without being tied down to an Abrahamic concept such as religious denomination. To this end, this author expresses his gratitude to Ms. Meenakshi Lekhi for raising such an issue which has significant implications for Indic religious traditions and Indic civilizational space. One hopes that the dispensation in power at the Centre takes note of Ms. Lekhi’s timely intervention and acts on it in real earnest to protect the sanctity of Indic religious institutions and the faith of millions of seekers. 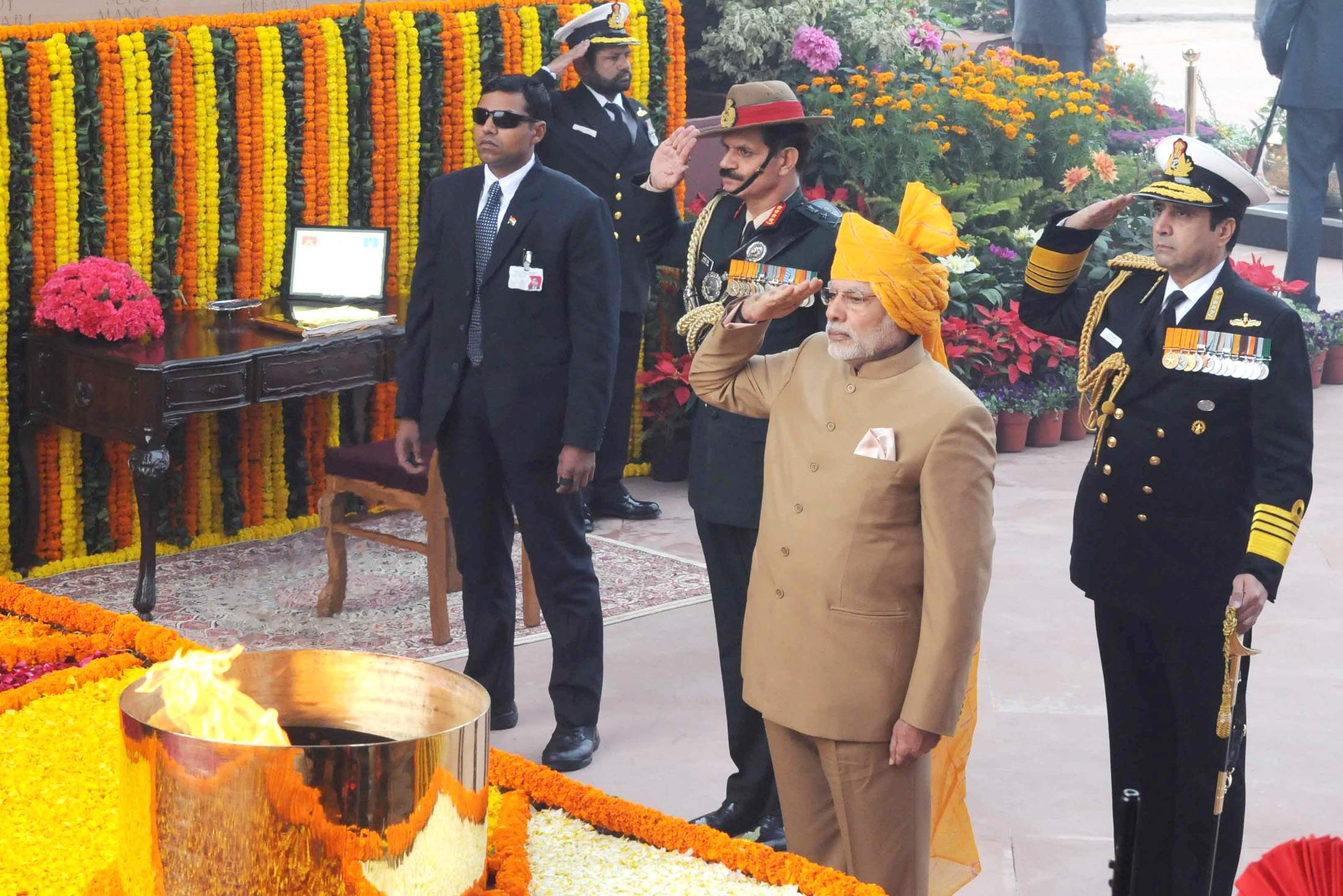 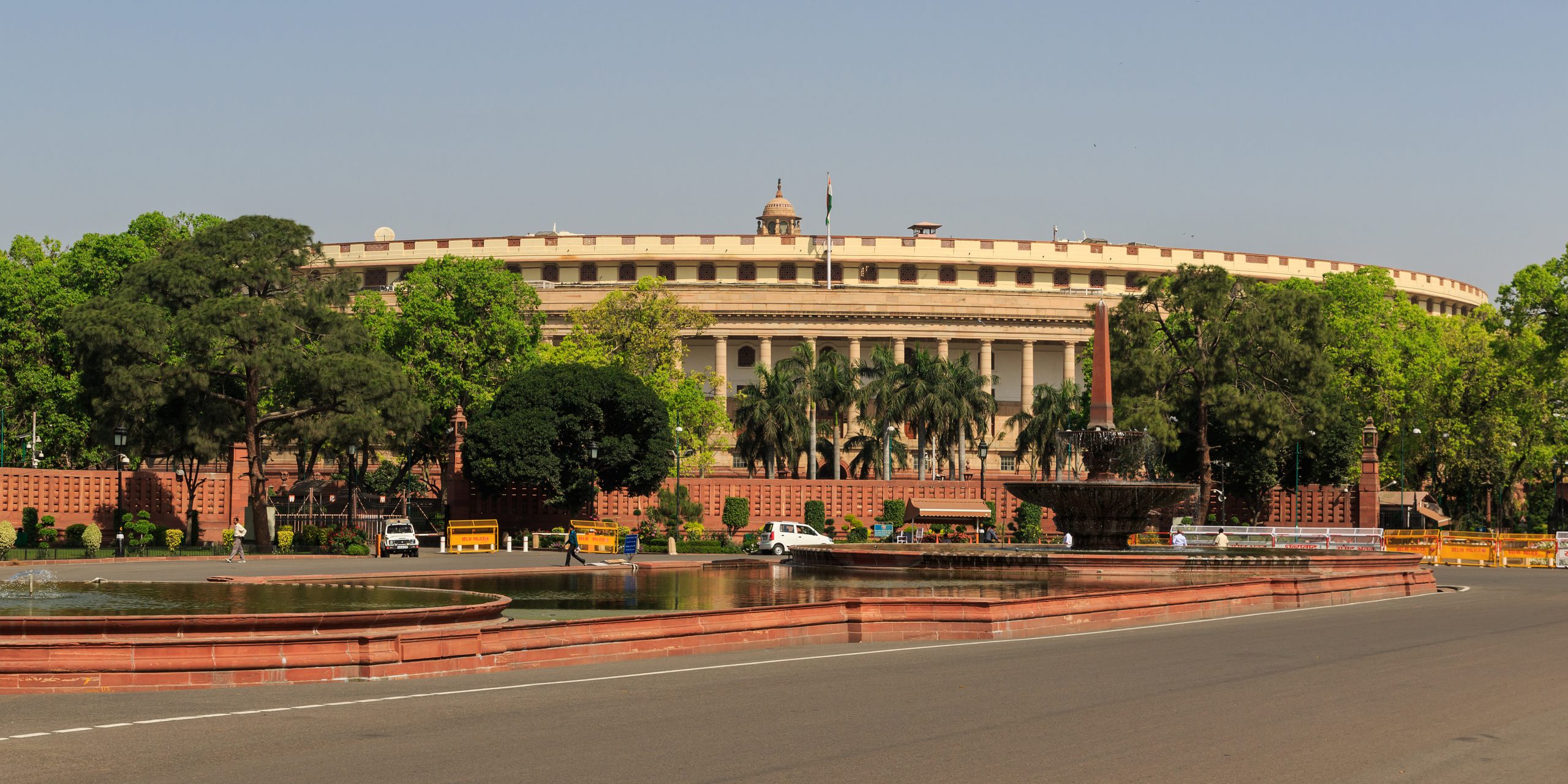 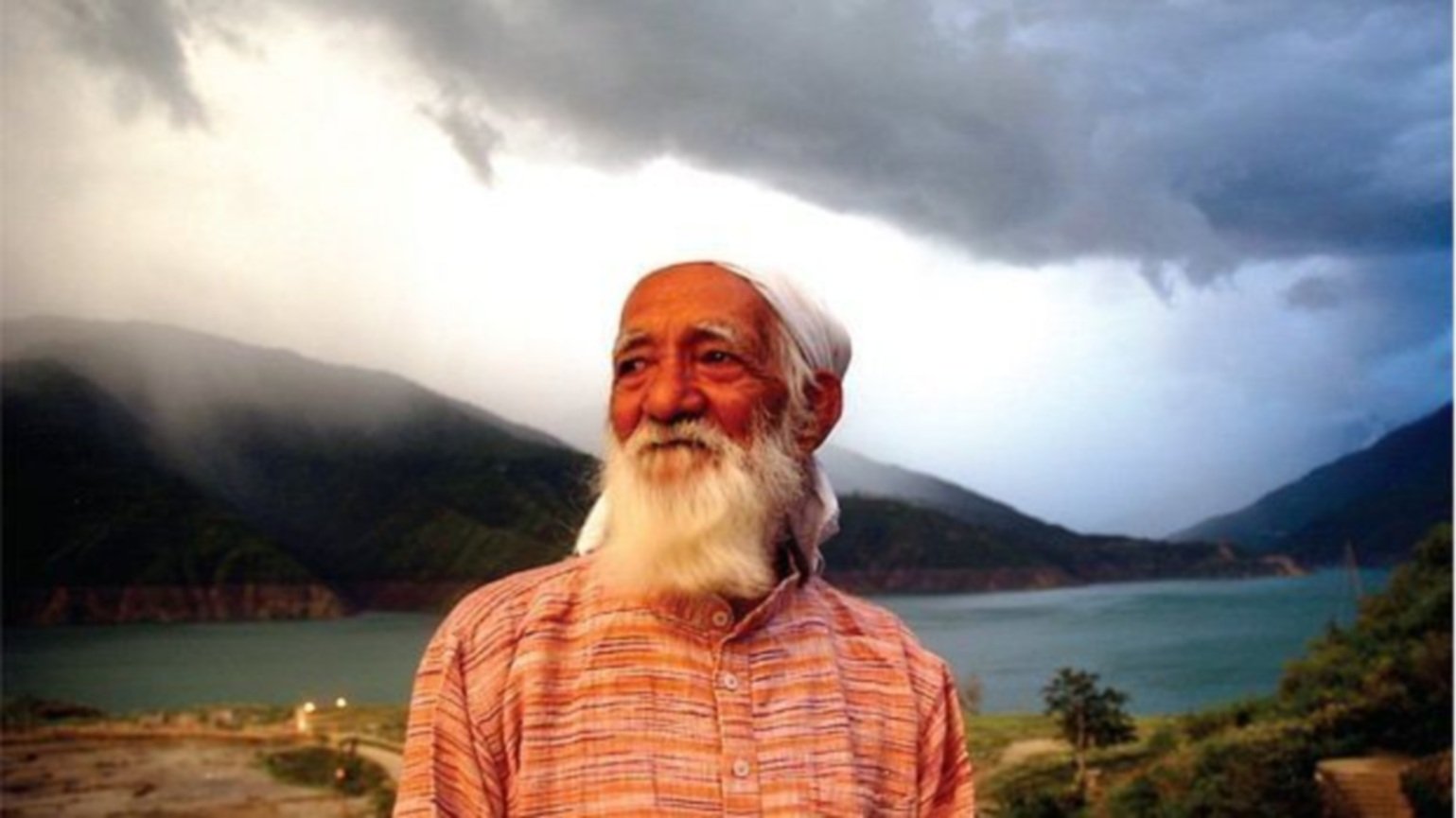 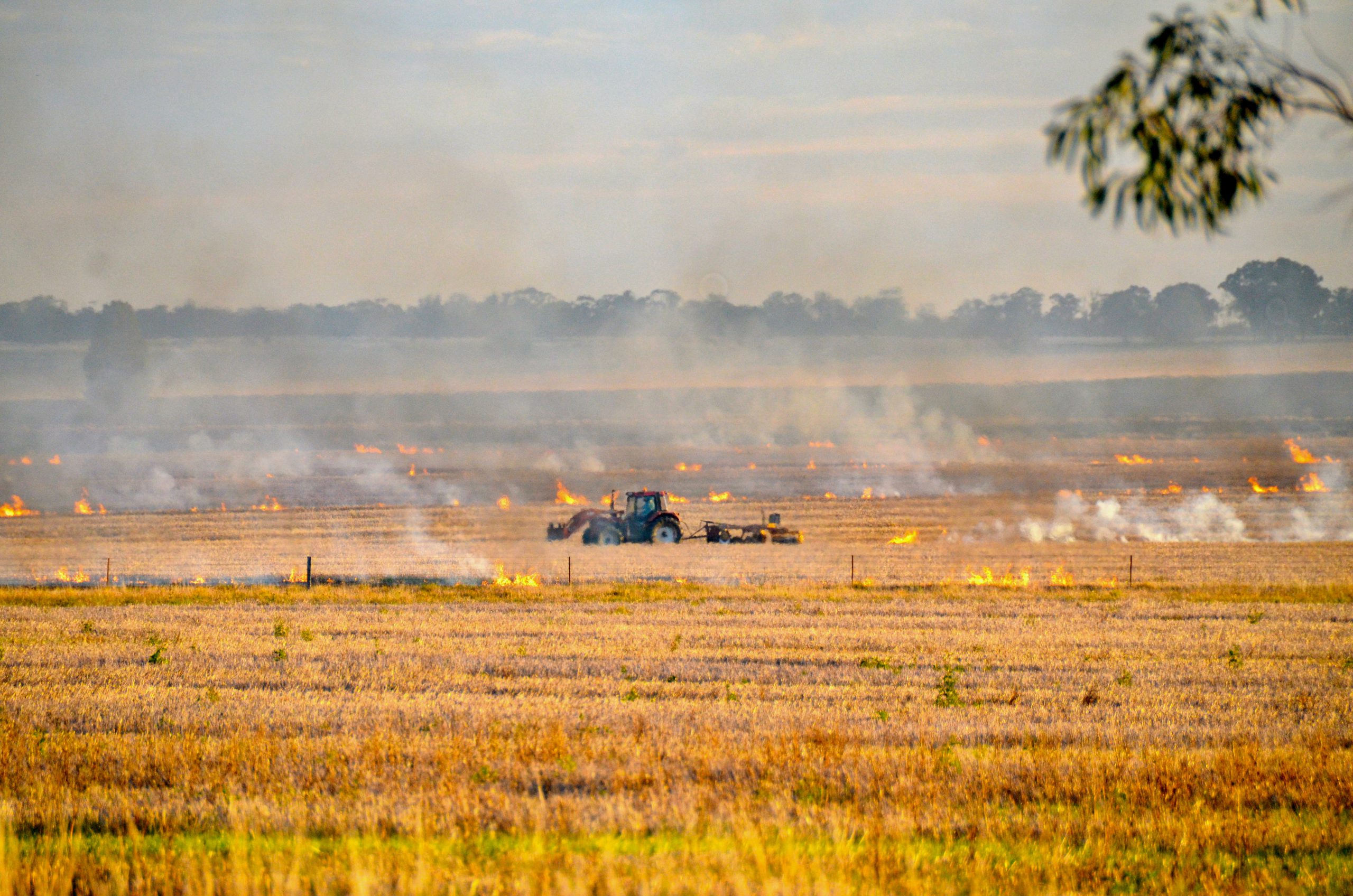